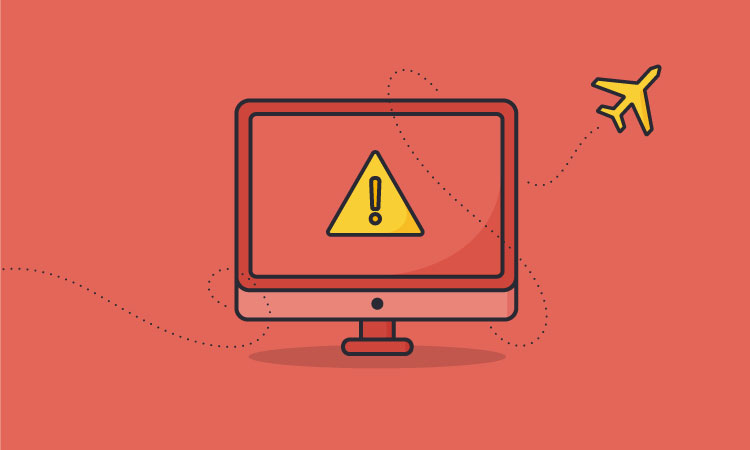 Last week United Airlines had a computer outage that lasted two and a half hours and caused 200 flight delays and six cancellations. Keep in mind, this wasn’t a single unhappy customer complaining to a gate agent at the airport. This situation involved thousands of people who were inconvenienced. I would describe a two plus hour delayed flight as a Moment of Misery™.

There were thousands of angry passengers. Yet, problems like this are bound to happen at some point; just last year it happened with Delta and Southwest. And it may not be a computer glitch, but a weather problem that causes airline delays. Yet every cloud has a silver lining, and in this instance it’s a mini-case study on how to handle a customer service crisis.

I can’t speak to what happened at the airport when passengers approached gate agents for help, or what happened on the phone lines as passengers tried to reach a customer service representative. I’m sure there were long lines and hold times. The individual interactions turned out either good or bad because of the individual employees’ attitudes and how well they have been trained to handle such situations. But, what I can speak to is the general response that United Airlines made, and how it was a perfect example of what to do in a crisis situation.

I teach a five-step process to deal with a complaining customer, and for those who follow my work, this is a short review:

Then they fixed it, accomplishing step three.

Step four was that they accepted responsibility. Maddie King, a spokesperson for United, met with the press and told them they were working to fix the problem. No excuses. In other words, United was owning the problem.
Finally, there was a sense of urgency behind all of this. It took just two and a half hours to fix the problem. They worked hard and fast. Urgency is key to restoring confidence.