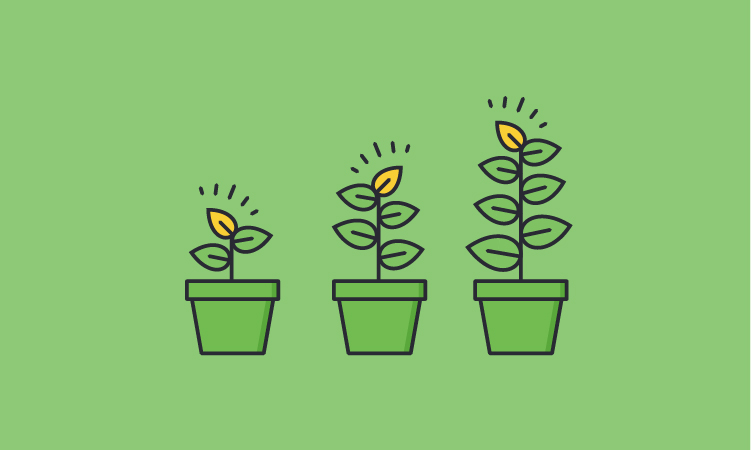 Unless you are one of the rare companies who consciously choose to not to scale, your short and long-term goals probably include growing your business—in revenue, in team size, or both. Such growth is often a great indicator of organizational health, but not all growth is equal.

Whether it’s growing from 10 to 100, or 100 to 1,000 employees, expansion should aim to continually enable new team members—and existing ones alike— to succeed in their roles. Pursuing growth blindly, without being thoughtful about how you are growing will likely create additional stress on your company and team.This stress can manifest itself in many forms, but often, it begins when refining company focus, creating career development, and building team communication and collaboration.

Refine who your company is and what it does

In the early days of most businesses, direction is clear. There isn’t much ambiguity on who a company is when everyone is sitting in the same room and working closely together. But as companies grow in size, even the best employees—who instantly picked up on the company’s mission, vision, and business strategies—can sometimes struggle to stay on track. Sales teams are particularly susceptible to this type of stagnation during growth. It’s not surprising then that these are also the first two questions that Allan Telio, starts with in a post about scaling sales teams:

Know who you’re targeting. Does this sound insanely basic? That’s because it is. It is also one of the hardest things to figure out when you start to scale. Once you answer this question, you’re not finished—this is something you’re going to continue to refine as your organization grows and your product evolves.

Value propositions can’t be refined until the target customer is nailed down, and if that is constantly changing, you can start to see where a sales team gets off track quickly when adding new reps. This realization is what’s driving the recent boom in the sales enablement market. While effective enablement and ongoing engagement isn’t cheap, businesses are finding that investment much less costly than a poorly-enabled sales team. “Arm your sales team with as much information and direction as possible prior to having them sell,” Allan says, or you risk them having to come up with it on their own in the midst of a deal.

While formal enablement has taken hold most concretely for sales organizations, its usefulness will likely extend to other departments of many businesses. Learning content about a company’s business philosophies and approaches can be just as helpful to the marketing and support teams as it is to the sales reps. Particularly during times of rapid growth, keeping a curated, living library of knowledge surrounding a company keeps current employees aligned and focused on the right goals and orients new hires in the right direction from their very first day. Given the right tools, these ambitious employees with flourish, which leads to another common pain point in growing companies: creating career paths and employee development.

Growth is, by definition, a form of change. And change in any form brings with it uncertainty. Even when business is great, and teams are growing for all of the right reasons, new people and roles can create ambiguity around career paths.

Ruth O’Brien, Customer Support Lead at Intercom, chronicled the company’s growth from as a company. At some point, the Intercom team realized you have to start intentionally defining career paths. “We were careful not to create roles for the sake of holding on to teammates,” Ruth says. “But, we also saw gaps in what we needed and filled new positions with the right people.” This type of organizational definition is difficult, but serves two purposes:

The second point is particularly important for keeping employees engaged and motivated—particularly top performers. And beyond defining new leadership and progression paths, it’s equally important to explain how to achieve those new positions. Ruth explains:

In promoting people to such positions, we learned you need to be able to explain why that person was selected and how more junior people can get to that point (should that be the path they wish to follow). This meant defining what success looks like in each support role.

As a practical example, one of Intercom’s Operations Engineers created a matrix for employees to visually understand requirements for advancement.

Intercom’s level of transparency might be well above the norm for most companies, but their level of clarity a great reference for growing teams looking to stay focused and retain their best talent. However, too much communication can end up diluting focus and hurting more than it helps.

The importance of design has been increasingly embraced in many businesses over the last decade or two, to the extent that many companies have embedded designers in different teams across their organizations. Such distribution of designers is something Aarron Walter, VP of Design Education for InVision, discussed as a challenge for growing design teams, and his experience is something that can be related to all growing teams.

Aarron agrees that embedding designers with cross-functional teams is good to open designers up for learning and new perspectives, but notes that “it often leaves designers craving the feedback and camaraderie of other designers that is needed to improve their craft.” While arrangements like these are generally done in the best interest of the company and employee, too much separation of subject matter or practice experts across other departments can have its negative effects as well:

It’s difficult to champion the necessity of small details when you’re the lone designer. Many simply give in and get back to work. Exceptional design is almost impossible to achieve when corners are continuously cut.

In that example, “exceptional design” can be replaced with almost anything—exceptional customer support, exceptional sales tactics, exceptional leadership. Growing teams shouldn’t expand at the expense of their members’ workplace sanity. Aarron details efforts like the “design guilds” that Spotify and Envato are trying that “help designers get the feedback they need to grow, but still doesn’t address the awkward power dynamic of being the only designer in a product team.”

However, building a team with this level of collaboration can be a double-edged sword. The same fine line between being too isolated and occasional alone time also exists between being collaborative and being too collaborative. Angus Woodman, co-founder of Crew, discussed the many iterations his teams went through during his company’s growth. The entire team working on a single product release may rally the company and raise morale, but there is usually a trade-off. De-prioritizing the small details for the greater deadline is just one example:

If you need a simple change to, say, change the label of a button, there’s no one to handle that sort of thing. Everyone is knee-deep in the major release and the major release is the king of priorities. After all, you have to hit that deadline.

When growing and adding team members, be sure to encourage collaboration while also ensuring employees have the time they need to get their own work done. The benefits of collaborative workflows can easily be snuffed out if there are consistently too many cooks in the kitchen.

Many, if not all of, the articles referenced in this blog present focus as a key force for providing stability throughout times of growth at a business. These suggestions aren’t going to eliminate the pains that come with a growing team, but implementing them in a focused and direct manner can go a long way toward providing employees a great place to work while allowing them to make it an even better place to work.

Progressive companies use Lessonly translate to important work knowledge into Lessons that accelerate their teams’ productivity.

Take the next step with a self-guided tour of Lessonly’s team learning software. Sign up today.

The One Thing We Must Do to Create a Customer Focused Culture
Speed vs Fidelity
Do Better Work with an every-so-often, no-nonsense note from our CEO, Max.
About Lessonly
Product
Resources
Help & Support
Top Downloads
1129 E. 16th Street Indianapolis, IN 46202
(317) 469-9194
hello@lessonly.com
© 2022 - Lessonly, Inc. All rights reserved.