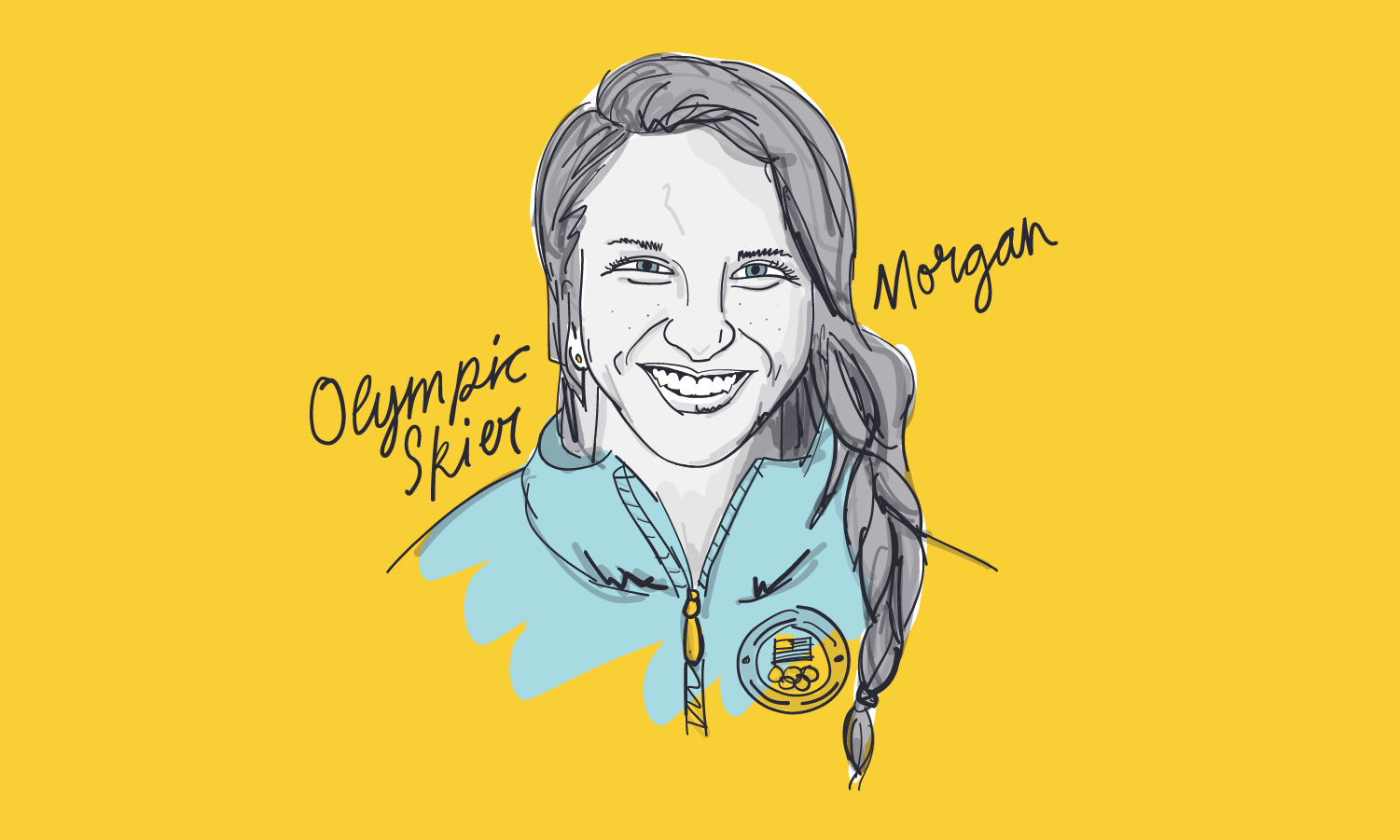 “It’s easy to get comfortable in what you’re doing… but a reset is what you need.” —Morgan Schild

Friends, we’re ecstatic to welcome Morgan Schild, a professional freestyle mogul skier and Olympian, to the Practice First podcast! Morgan’s journey with practice in this episode, and we hope you enjoy hearing her story and discovering her dedication to practice as much as we did. One thing’s for sure—Morgan is committed to getting 1% better every day. People literally call her “Warpaint” because her face at practice and in competition is consistently focused and intimidating. But not too intimidating, of course…

In her episode, you’ll learn…

💯 Why quality of practice, not just quantity, matters so much

For more context around who exactly Morgan is and how she got to where she is now (at only 22 years old), you can read a quick summary of her skiing journey below!

Morgan’s love for skiing goes way back. She started skiing at five years old, and she hasn’t stopped since. The bulk of her childhood was spent traveling to different mountains around the U.S. to practice new runs, master tricks and jumps, and couple her natural aptitude for skiing with intentional, rigorous practice. When she was 13 years old, she saw Hannah Kearney win a gold medal at the 2010 Olympics in Vancouver, and that’s when she knew she wanted to try for the Olympics herself. So, she ramped up her practice regimen and started competing even more.

In 2014, she won the overall NorAm Tour and earned a silver medal at the Junior World Championships. In 2015, she was named Rookie of the Year for the FIS World Cup. But unfortunately, later that same year, Morgan tore her ACL and injured her shoulder at the 2015 Junior World Championships. She was down for the count and in recovery for two years, which in the world of Olympic training is catastrophic. So, 2017 rolled around and she was able to compete again, but the Olympics were in 2018… let’s just say the odds were not in her favor, and she felt behind. Like, way behind.

She was cleared to compete and practice again in early 2017, and even though she knew she wouldn’t have the quantity of hours of others, she was determined to outweigh the odds with only the highest quality hours of practice. That March, Schild won the United States National Championship in moguls, and in the following January of 2018, she qualified for the Olympics and competed in Pyeongchang, South Korea. She’s currently training for another chance at a gold medal.

Long story short, Morgan has bounced back from some major injuries, and her drive and grit are only on the rise. The way she hustles to make up for lost time by practicing more intentionally is inspiring to me, and I hope it is for you, too.

We need to talk… about practice

One final thing—Did you learn something from this conversation with Morgan? Or do you know someone who would add to the Practice First conversation? We’d love to chat with you! Connect with us on social media (Conner Burt or Ben Battaglia) or shoot us an email at practice@lessonly.com to get the conversation started. It would make our day!

Practice First is produced by Lessonly ?

Our training software helps over 1000 business teams across the globe learn, practice, and do better work. Learn more and listen to more episodes at lessonly.com/podcast. Or click any of the tiles below to discover more of what we’re about at Lessonly! If you don’t know where to start or have lots of questions, here are the 5 most important things to know about us.

Doing Sojourner, Susan, and Ida Proud: We Achieved 50/50 Gender Parity at Lessonly!
The Importance of Training in Both Super Bowls and Contact Centers