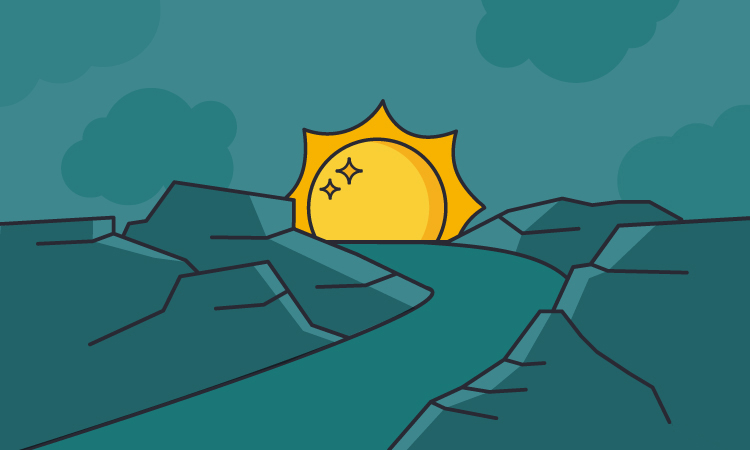 While most people were thrilled by the drop in prices at the gas pump, there were vastly different emotions for residents in Utah’s Uinta Basin.

In 2017, the Uinta Basin area—once booming during the height of oil and gas production—experienced some of the highest rates of unemployment in all of Utah. That’s when employees of Smart Rhino Labs decided to make the 150-mile trip to Roosevelt, a city in the basin, to start recruiting employees.

Smart Rhino Labs is a team of on-site and remote recruiters who work to source the best talent possible for their ambitious customers—companies that focus on ride-sharing, trucking, medical products, sales, and everything in between. Smart Rhino is also a Lessonly customer.

McKenzie Mitchell, Human Resources Director at Smart Rhino, first heard about the rampant unemployment in the basin from a team member who grew up in Roosevelt. Once the Smart Rhino team learned that people were having a hard time finding work—it was a no-brainer to start recruiting remote call center employees from the hard-hit basin.

The Smart Rhino team only expected about 30 people to register for the recruiting seminars. Instead, they received an overwhelming response from the community with more than 150 registrations. Once they vetted, screened, and hired employees—it was time to start training them. In order to quickly and effectively onboard such a large number of new and remote employees, Smart Rhino turned to Lessonly’s powerfully simple training software.

“After [new employees] were extended employment, we assigned them a 19-lesson ‘new hire’ Lessonly course that covered everything from the attendance policy to the software programs and position training,” explained Summer Estes, Employee Relations Specialist at Smart Rhino. With workplace knowledge centralized in Lessonly, sharing the right information with the new employees in the basin was an easy and streamlined process.

Smart Rhino was already using Lessonly to disperse content to new and existing recruiters and agents—with fantastic results. Smart Rhino’s campaign manager Emily Nielsen put it simply, “Overall, we’re able to train people faster.” This created a smooth onboarding experience for the new team members. Lessonly’s on-demand and anywhere access software meant that the newly-hired remote employees received training from the comfort of their own homes in the basin—hours away from Smart Rhinos’ office.

“We then took a team of four people out the basin for an 8-hour training program,” explains Summer. “During that time we did the remainder of their new employee paperwork and then provided them some hands-on training.” The rest of the new employee training took place via Lessonly. The online training process also meant that the team at headquarters didn’t need to travel to Roosevelt over and over again—instead, they leveraged that time on other tasks and meetings.

Once the process in the Uinta Basin was complete, Smart Rhino Labs had successfully onboarded 100 new call center employees.

Now, the agents receive ongoing training through Lessonly with the information they need to do their jobs. “All of our remote agents have access to the same resources as our in-office staff with Lessonly’s learning library,” notes Summer. “With 70% of our workforce being remote, this feature is a necessity for us and we love how simple it is to use.”

We’re proud to support the Smart Rhino Labs team—and we’re even more proud of the impact they’ve had on the Uinta Basin.

“Being able to bring employment to areas of the state and changing the lives of those residents is one of the most rewarding projects I have been a part of, and a highlight of my career,” says Summer. “This would have been impossible without the partnership of our friends at Lessonly and the powerful tools that they have shared with us.

One million learners and counting