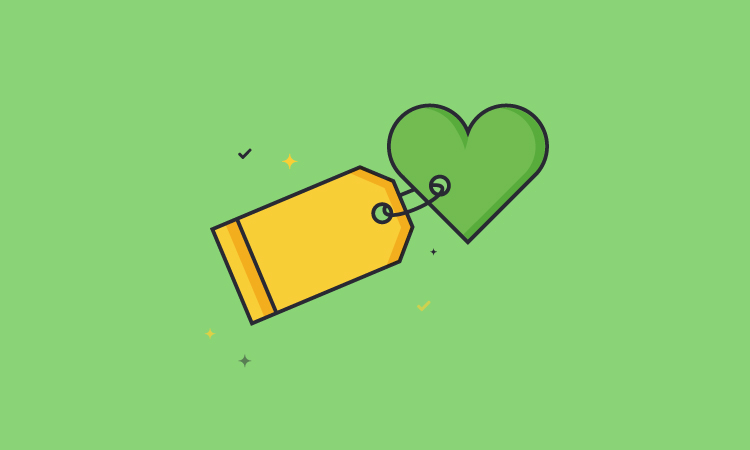 Sales operations hasn’t always been a focus for businesses like it is today. That’s not to say it didn’t exist, but the definition and determined value of “sales ops” has always varied significantly from company to company.

This is the industry that Michael Hanna entered years before he started as Head of Canadian Sales Operations at Intuit. “At the time there was little to no content about sales ops available.” Michael says. “In an effort to learn more about it, I started a LinkedIn group and just started connecting sales ops folks as I discovered them.” In the years since then, sales operations has solidified its value in the workplace. Michael has learned a lot watching it grow, but recently he admits he had an “ah-ha!” moment about the future of the industry.

Since then, Michael has been working to hammer out what it means to build a stellar sales culture, how that fits into sales enablement, and how to effectively reinforce that culture with a team. For Intuit, doing this well meant that Sales and Sales Ops needed to develop real relationship and partnership—and L&D helped them do it.

How to build a healthy sales culture

“If you think about sales culture, I think it’s the organic collection of thoughts, behaviors, and habits that happens when no leader is trying to force it,” Michael says. He notes the inherent struggle, “the key element of culture is that you can’t control it.”

Instead, sales leaders need to nurture an environment that fosters a great sales culture, and let the growth happen naturally. Michael believes that with the proper level of trust and a few boundaries, sales culture develops organically. So how should sales leaders approach the challenge of building and managing a healthy sales culture? Michael has a few suggestions:

Develop real relationships with the reps

Take the time to get to know your sales team on a personal level. This interpersonal connection will cultivate trust and encourage your team to do their best work. “If those foundations aren’t there, you can give them the best processes in the world, but it won’t make much of a difference,” Michael says.

Make sure that your reps have a voice in the changes that you’re making to the team. “Invite them in much earlier on decisions,” Michael says. “Don’t go in a closet and come up with something and then release it. Make sure that the end user’s fingerprints are all over it.” When team members are brought-in to the change process, they feel more vested and excited about the culture of the team, and the direction of the company.

Identify the key people on your team

Sometimes, buy-in to a new culture isn’t going to happen right away, and that’s ok. Michael notes that part of the process is finding the key people in your team that have some clout, and partnering with them to drive change. “These people may or may not be the top performers, but they are the ones who can influence their peers.  When you identify them, you can invite them into the thinking, so they have a sense of ownership by the time something launches.”

These three steps are good fence posts so that your team’s culture has room to grow organically. However, the work isn’t done there—your sales team needs to sell to keep the lights on. With a healthy sales culture in place, everything else starts to fall into line.

How enablement and training play into sales culture

As a healthy sales culture begins to form, other decisions are weighed against the question: “Does this hinder or enhance the culture we have built?” “Around here, we approach questions like that in order of employee, then customer, then shareholder, in that order of importance,” Michael says.

That means that when introducing a new process, he prioritizes the employee’s experience and opinion, then the customer’s, and so on. “It’s going out and actually surveying them and getting their perspective on the risks and benefits,” Michael says.

“If the front-line reps aren’t well-served with a process—everyone else in the ecosystem is negatively affected.”

So what did Michael hear from the sales team at Intuit? Reps felt like they didn’t have enough post-training follow-up from learning sessions. “Changing a habit is hard, even when you really want to,” Michael says. “We really needed a mechanism to reinforce processes after they’ve been changed. It used to be all about the training. Now it’s more, like, 30% about the training and 70% about reinforcement. We started to apply a lot more attention to that in our sales enablement function.” This is where L&D comes in. They started to shift their mindset from just providing new hire training, to a full, end-to-end, learning experience for the sales rep.

This idea for continued, reinforced sales training came from the team at Intuit, which was an indicator of the improving sales culture. “I think where a lot of companies fail, is not so much in preparing to train and in training. I think 80% of your adoption of training comes from what you are doing after the training,” Michael says. As much as recurring training might sound like a heavy workload for some teams, if they’re involved in designing the process, they’ll be more engaged and reap more benefits in the long run.

Michael had some suggestions for other sales teams looking to build effective reinforcement training:

Give your team metrics of progress

“You have to give them real-time reporting or dashboarding that enables them to see the effectiveness of the change. They need to be able to see the overall adoption of the changes and the results of the adoption. That way, you can correlate the activities with the results.”

Reference the metrics in your coaching conversation

“Metrics act as a tool for the sales leaders to be able to approach their reps with the numbers in front of them. This lets you as the sales leader make sure that they’re accountable for adopting the change while also allowing you to coach them through the activity. Then, you’re measuring the nature of the conversation and the quality of the activity, not just the fact that it’s happening.”

Give your team a leaderboard

“One thing we’ve found really important is a leaderboard so the reps can see who is adopting the change best. Who are the reps that are seeing the strongest correlation to their results? This sparks a little bit of competitiveness while also allowing them to learn from each other.”

The main thing that Michael suggests for building a great sales culture? “Be open,” he says. “We really, really have to give our teams the liberty to speak freely while listening with an open heart and mind.” Sometimes your suggestions are going to be well-received, and sometimes there might be better ways to do it, but Michael argues that giving the sales reps the freedom to voice their opinion is the greatest step towards an effective and healthy sales culture.

Employee-centric companies use Lessonly to cultivate their company cultures. Take a tour of Lessonly’s team learning software and see how your company can start doing the same. Take the tour today.